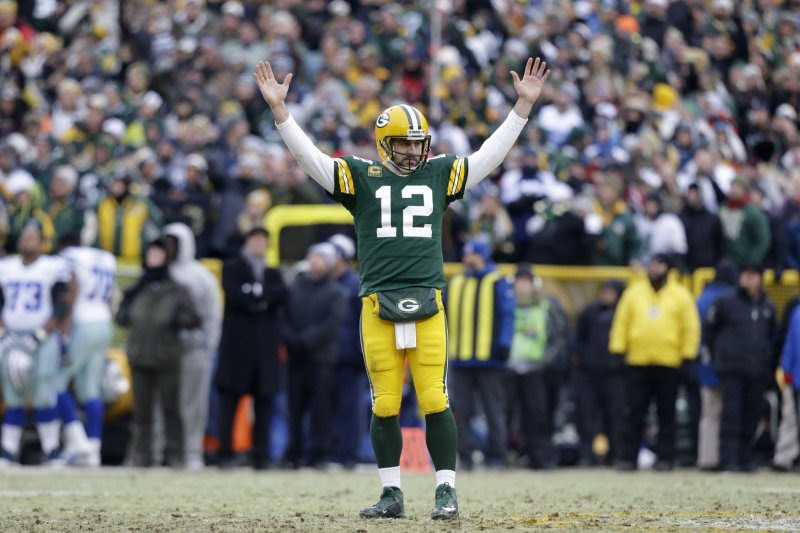 DE PERE, Wis. -- If Green Bay Packers star QB Aaron Rodgers gets his way, then Joe Callahan just might get his long-awaited first pro start at quarterback for the Packers Friday night.
Rodgers declared Tuesday, "I feel like I'm ready right now," with regard to the start of the season.
With those few words said, the team leader made it clear he won't need much work in the preseason games ahead to get ready for the Sept. 11 opener at the Jacksonville Jaguars.
By Wednesday, when the Packers held their final open practice of a shortened week, the sight of Rodgers taking merely snaps with Green Bay's scout-team offense in team drills gave a strong suggestion he won't play Friday against the Cleveland Browns.
Top backup Brett Hundley has been sidelined since early last week because of an ankle injury.
That would mean undrafted rookies Callahan and Marquise Williams will run the offense against the Browns at Lambeau Field.
Those two guys were going to split the quarterback snaps in what was supposed to be Green Bay's first of five preseason games last Sunday. However, its Pro Football Hall of Fame Game matchup with the Indianapolis Colts was canceled because of an unsafe field.
Callahan would have been in the Packers' starting lineup.
"Yeah, I'm sure my parents were pretty upset that they didn't get a chance to see me play," Callahan said in the aftermath of the unfortunate turn of events.
With a few more practices under his belt this week, Callahan feels more than ready to make his unofficial NFL debut.
"I'm definitely not near the level of Aaron and his knowledge of the offense, but I feel comfortable with the offense, and I'm not as hesitant," said Callahan, the Gagliardi Trophy winner in 2015 as the top player in Division III at Wesley (Del.) College. "With that comfort, you're able to pin your ears back and play a little bit more. With each practice and each meeting, I feel like I'm getting closer and closer to being able to play without overthinking anything."